Intact America participates in the New York City Pride celebration, the largest such event in the world. Why Pride? Because the five million gay and straight spectators instantly “get” the concept of sexual freedom embodied in our cause. Initially, we joined the Pride March, later had our own float, then we transitioned to Pridefest, the vendor fair with our double-width booth. We found we have a greater impact at Pridefest and it permits having more conversations, too. In 2018 we introduced Foreskin Frank, a six-foot-tall inflatable penis with working foreskin. Thousands of people posed with Frank and posted their selfies to social media, spreading our message even further. 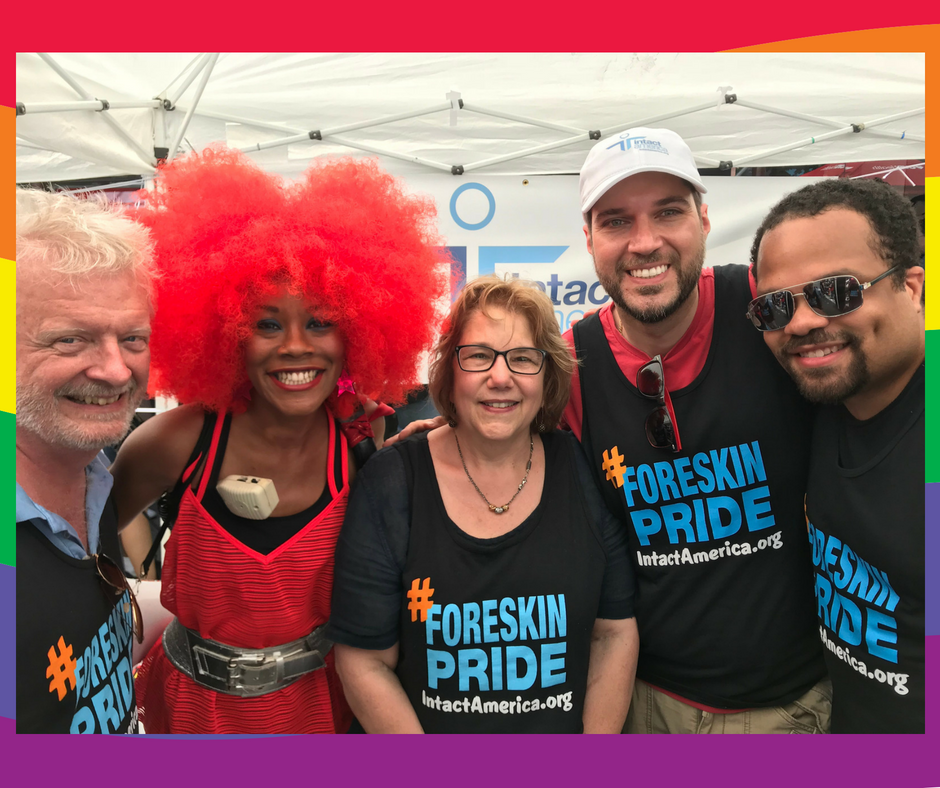 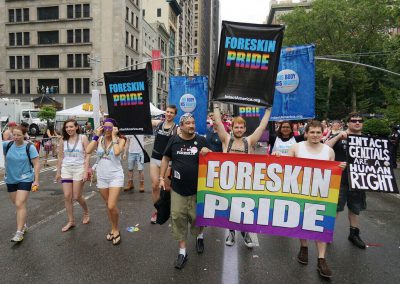 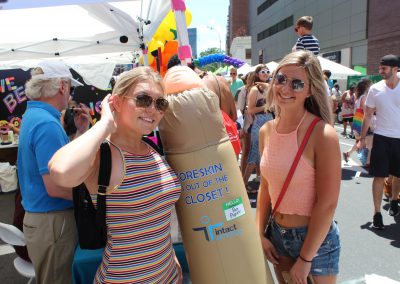 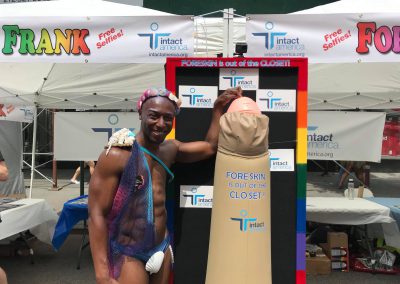 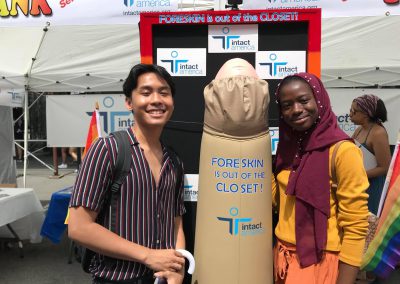 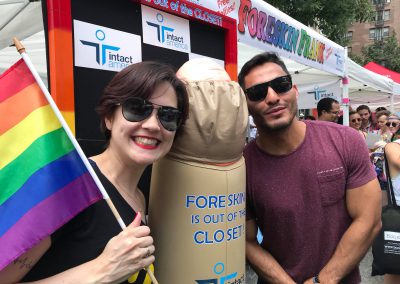 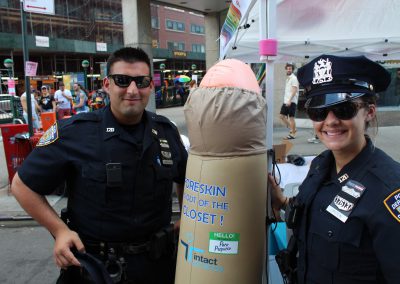 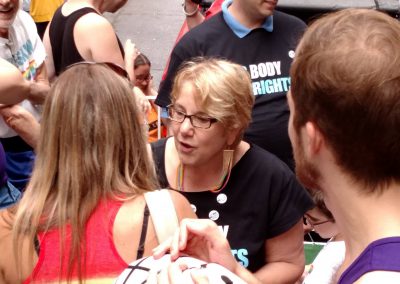 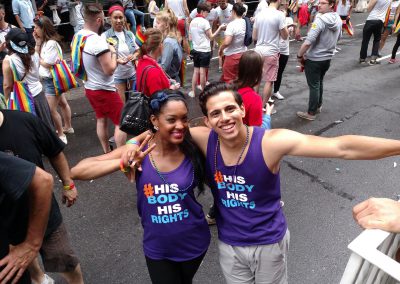 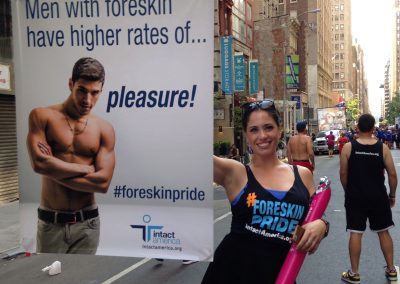 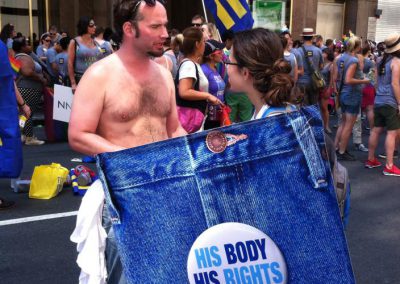 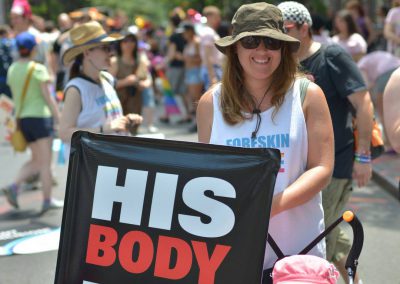 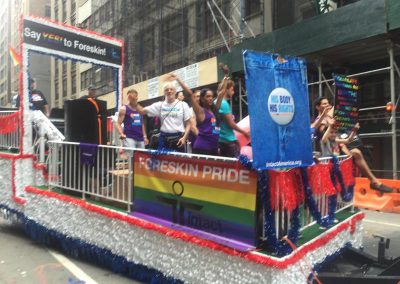