MARCH 2014: If you’re an intactivist and you spend any amount of time on Facebook, chances are you’ve come across The Whole Network. This month, Intact America is proud to celebrate one of TWN’s strongest voices: Larissa Black (or, as she’s known on Facebook, Larissa “Skinforce” Black).

A registered veterinary technician living in central Iowa, Larissa has been interested in the topic of circumcision and genital integrity since she first Googled it as a teenager in the 1990s. Stories from restoring men compelled her to dig deeper, and while she became passionate about what she’d learned, she didn’t know where to go from there. “In 2009 when my best friend told me she was pregnant,” she says, “I looked her square in the eye and said, ‘You need to promise me something. If he’s a boy, you won’t circumcise him.’”

That exchange led her to revisit the topic, and that’s when she discovered that there was an entire community of like-minded people on Facebook. “I remember sitting on my couch, excitedly chattering away about these people who felt the same way I did about circumcision and called themselves intactivists… how clever!”

Larissa connected with The Whole Network, and has been serving on its board of directors since 2011. She devotes most of her spare time to intactivism, writing articles for TWN News, updating the website, helping to administer the Facebook page, designing graphics, working information booths at baby fairs, and answering all kinds of questions about circumcision and intactivism. 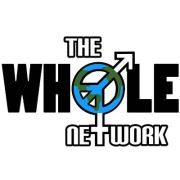 reatly. “Intact America has taken the intactivist message online, to the radiowaves, into newspapers and magazines, and onto the streets, consistently applying the pressure where it needs to be applied. The protests organized at the ACOG and AAP conferences and at Good Samaritan Hospital in Cincinnati have all sent a loud and clear message to circumcising doctors, a message that simply cannot be ignored. It’s been a true honor and a pleasure for me to work alongside Georganne Chapin and the Intact America team in this ongoing fight for human rights.”

Larissa, who does not have children, says, “Circumcision hasn’t impacted my life directly, but I fight for genital integrity because it’s the right thing to do. I think we should all strive to make the world a better place, and with that in mind, intactivism will be my legacy. I believe in my lifetime, we will see routine infant circumcision banned, or at the very least drastically reduced in the United States. And I’m proud to know I will have played a part in that.”

And her legacy is well underway – her friend chose not to circumcise her son.

“The Whole Network is an important ally with Intact America in the fight to end circumcision,” agrees Georganne Chapin, executive director of Intact America, “and Larissa – true to her Facebook moniker – is a powerful force in changing minds. She consistently brings intelligence, compassion and just plain common sense to the conversation. I am so proud to have her as a friend and colleague in our fight for children’s rights.”