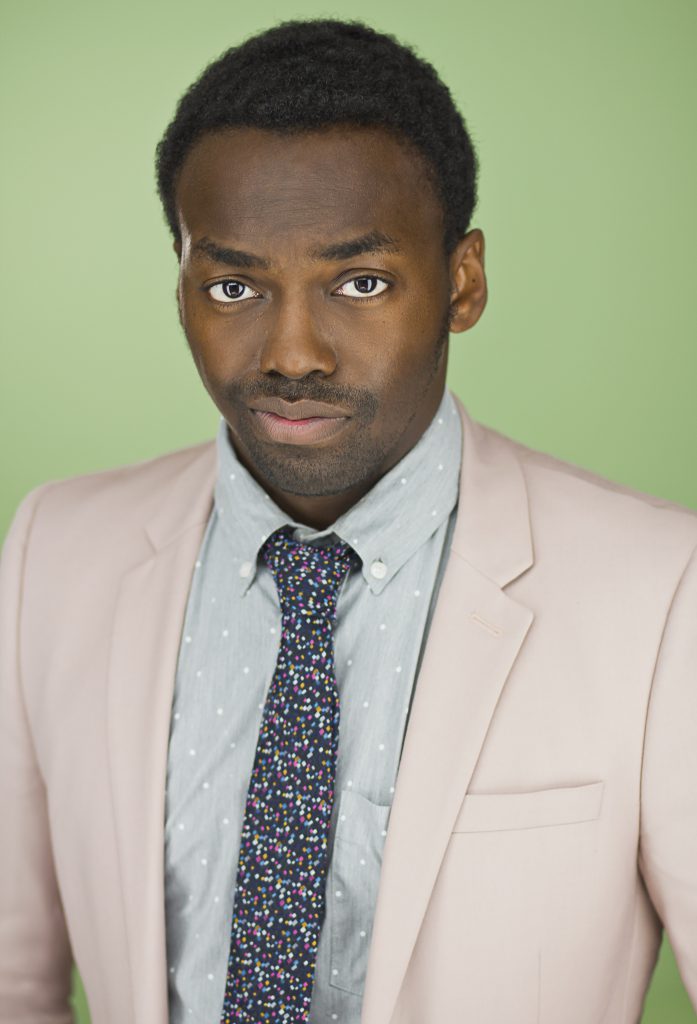 I consider myself a lot of things: a good writer, a funny comedian, an OK actor, a better improviser. All of these things are interchangeable and, although they’re things I love, they aren’t necessarily things that define me as I didn’t come into the world with those labels. Two things I was born with, though, are being Black and intact.

My parents made the choice as my father had recently gone through a militant phase and wanted his African-American son to keep every stretch of his Blackness. My dad, Keith, was a man who was too intelligent for his own good. He was charming and would give you the shirt off his back but battled demons throughout his life that strained our relationship. When he passed away in eight years ago this month, I grew to learn more about him. It made me appreciate the things he did and tried to do for me, especially in terms of body positivity.

As a kid I always felt very “other,” with the combination of not being circumcised, a little bit chubby and having scars on my hip region from chicken pox. I was in the Boy Scouts throughout my adolescence. While on a trip to St. Louis one year, some of the older boys were pranking us younger kids by pulling our pants down and piling us into a hotel bathtub. I fought valiantly but they eventually got me and pulled down my pants, and I remember one of them saying, “What’s wrong with him?”

That instance stuck with me well into high school and college as I grew worrisome about dating. What would they think? Would they be terrified by my leopard-printed pelvis, pink head, and turtleneck that made up my genital region? I shied away from sex and nudity virtually until a week shy of my 19th birthday, when I lost my virginity to my first real girlfriend after I played a zombie in a straight-to-DVD horror film. She didn’t even notice, focusing more on a single hair that grew out of my shoulder and how, if anything, my penis looked like a monk taking his hood off.

After that relationship and into adulthood, I became a little more comfortable with listening to other opinions on circumcision. Many discussions involved people either shaming the idea of being intact (“Why would you have that? It looks weird, just trim it”) or getting their facts wrong (“They cause yeast infections and they’re dirty”). I would try to rebuff these perspectives, or at the very least remain quiet so I didn’t draw attention to myself; these friends and associates had no idea I was intact.

I started researching circumcision surgery because I didn’t want to feel different anymore. I watched cringe-inducing videos and did so much homework on the process, at one point talking to a doctor about what errors could occur. I couldn’t shake the feeling that no matter what, I would be losing a part of me. I read horror stories of botched circumcisions and the costly measures that people endure as a result. If I’m ever lucky enough to have kids, when they’re of age I hope to have open dialogues with them about circumcision as I feel it’s a very personal choice and not one that I would want to make for them. There are a lot of questions and challenges that come with it, and I would like to be the type of father who is open to listening, helping and teaching where I can.

The first time on stage I opened up about not being circumcised was at an open mic in Chicago. I was nervous. I had heard other comedians talk about how much they didn’t like the “little elephant trunks,” and I knew I may be opening myself up to a roasting. But right after my set, another comedian approached me and said he too was uncircumcised. Then another comedian went on stage and also mentioned being uncircumcised. The following week another comedian said the same. I began to work it into my routine, asking the crowd how many of them were like me and pointing out how common it was in other parts of the world.

I learned about Intact America after a friend posted about the organization online. In a thread on social media, people from my hometown discussed circumcision and the value of leaving their children unclipped, and I did something I thought I would never do—I chimed in. I opened up about my body and the value of teaching kids proper cleaning and how our weens aren’t so different.

In the end, I didn’t change a thing. I have learned to be proud of my body. I have learned to give my body to those who appreciate it just as I would appreciate theirs, and I have learned to not only embrace my being uncut but talk about it on my platforms. Up on stage I debunk the myths around health and cleanliness that hang over it. I have made my decision in the matter, and I’ve chosen to stay intact.

A native of Birmingham, Ala., Martin Mandela Morrow is an award-winning comedian and writer. His podcast is Untitled Black Dudes with Harrison Summerise. Appearances include Comedy Central’s Why? With Hannibal Buress, Second City, NFL Network and NBC’s Last Comic Standing. This month he stages Taming of the Shamed during the Hollywood Fringe Festival.