A tribute to Richard Schwartzman 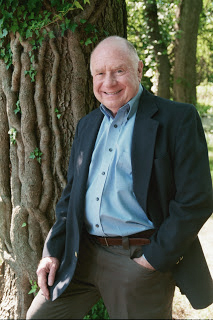 Richard Schwartzman, a psychiatrist who wrote and spoke about child rearing, including the harm of infant circumcision, passed away on July 20, 2022. He was 83 and is survived by an immediate family that includes Rebecca Wald, her husband, and their children.

For close to 50 years, Dr. Schwartzman practiced medical orgone therapy, a unique approach to restoring emotional health pioneered by Wilhelm Reich (1897-1957). Reich was a widely misrepresented physician and natural scientist who attempted to demonstrate a Western scientific basis for life energy, an animating force that he maintained flows through all living things and permeates the cosmos.

“The pain and terror of circumcision is NOT ‘forgotten’ as is said, even though it cannot be consciously recalled. I am a physician and psychiatrist who has had patients relive their circumcision in the course of Wilhelm Reich’ s body-oriented, emotional release treatment,” Dr. Schwartzman once told Ronald Goldman, Ph.D., in a personal email.

Dr. Schwartzman went on to say that he had seen at least 15 individuals who sought treatment because they felt they had been emotionally damaged by their circumcision and/or were in the process of regrowing their foreskin, noting that all but one (who terminated treatment very early) had improved their function and satisfaction with life.

Dr. Schwartzman became aware of Marilyn Milos’s important work around 1989 when one of his associates, James DeMeo, Ph.D., spoke at Marilyn’s first symposium and then several after. Dr. Schwarzman is mentioned in Goldman’s 1997 book, Circumcision: The Hidden Trauma. Dr. Schwartzman was also a friend of Intact America, and had the opportunity to speak in Boulder in 2015 at the Genital Autonomy symposium. There he explained how early infant traumas are physically locked within us at a bio-energetic level. He also showed a clip from Room for Happiness, a documentary he produced about medical orgone therapy.

Dr. Schwartzman received his Bachelor of Science degree from Philadelphia’s rigorous Central High School and thereafter matriculated directly to Temple University School of Pharmacy, graduating in 1963. After becoming a pharmacist, he attended the Philadelphia College of Osteopathic Medicine. He undertook two medical internships, the first at Zeiger Osteopathic Hospital (1967) and the second at Philadelphia General Hospital (1970). The second internship allowed him to pursue a residency in psychiatry and neurology at Hahnemann Medical College and Hospital, which was an M.D. program.

Dr. Schwartzman was the first osteopathic physician in the United States to complete an M.D. residency, paving the way for many others to do the same. He lobbied for this opportunity and chose the burden of repeating the grueling internship year because he felt the M.D. residency would best prepare him as a psychiatrist. Dr. Schwartzman was never one to take a linear or expected path in life for its own sake, or to let established rules prevent him from doing what he felt was right.

In the practice of medical orgone therapy, Dr. Schwartzman was trained by physicians Morton Herskowitz, D.O. (1918-2018) and Elsworth F. Baker, M.D. (1903-1985) who had both been Reich’s students and were directly trained by Reich. This lineage allowed Dr. Schwartzman to practice orgone therapy as Reich had conceived it. Over the years, Dr. Schwartzman was disheartened by the emergence of many various self-taught “energy workers,” claiming to practice orgone therapy or calling themselves Reichians. He felt such offshoot approaches could be harmful to the recipient and also greatly contributed to the already misunderstood Reich.

Dr. Schwartzman maintained a private medical orgone therapy practice in Center City Philadelphia and then in Solebury, PA, from 1974 until his retirement in February of 2021. He positively impacted the lives of countless grateful patients. He also trained many physicians in the practice of orgone therapy (not just in the U.S. but also in Greece, Italy, and Germany); he wrote journal articles; he was an early blogger; and he lectured on topics related to Reich’s work.

In addition, Dr. Schwartzman was also a fellowship-trained forensic psychiatrist, serving as Medical Director of Psychiatric Services to the Philadelphia Prisons and Assistant Clinical Professor of Psychiatry at Hahnemann University (1978-2000). In this role he saw firsthand how criminal behavior stemmed from childhood trauma. Dr. Schwartzman had the opportunity to train many of Hahnemann University’s medical students who would rotate through the prison hospital. He also regularly testified in court, sometimes in high-profile cases, regarding competency to stand trial and post-conviction recommendations.

Dr. Schwartzman was full of energy, and full of love for his family and his work. He had an incredibly generous spirit. He also had an inquisitive and open scientific mind. Using his skills as a pharmacist, he was known to putter in his kitchen compounding medications with a mortar and pestle that weren’t available in the pharmacy. He liked to point out that many great thinkers, scientists, and artists were laughed at and scorned by the establishment during their lifetimes, only to be accepted as geniuses centuries later.

Like his mother, Beatrice, Dr. Schwartzman was an optimist who always saw his cup in life as half full. He felt extremely fortunate throughout his life, pointing out on the occasion of his 83rd birthday that he had enjoyed good health until old age had recently taken its toll. He expressed how very lucky he was to have had meaningful work that he enjoyed for so many years. He took great joy and pride in his immediate family.

Dr. Schwartzman’s message was to enjoy life whenever possible, often encouraging his family to have more fun. He very much liked Goethe’s quote: “Enjoy when you can, and endure when you must.” His recipe for a successful life: Try to lead a simpler life by limiting unnecessary obligations and responsibilities. Find big work that you find meaningful and enjoy. Take pleasure in giving generously to your family and others you love. Do not strive to be “happy.”

As founding board member emeritus, Dr. Schwartzman also played an important role in founding Bruchim, a nonprofit that supports non-circumcising Jewish families. He was delighted by Bruchim and always enjoyed hearing the latest Bruchim news, frequently sharing insights with his daughter Rebecca that have helped shape the direction of the organization. Bruchim will be a lesser organization for his absence.

If you have memories of Dr. Schwartzman that you would like to share with the Wald family, or any other thoughts related to his life and work, you may send them to [email protected] The family is requesting that memorial contributions be made to Intact America, Bruchim, or the charity of your choice that benefits infants and children.