by Georganne Chapin and David Grant

Sunday, June 26, Intact America will be rocking an awesome float at NYC Pride. As representatives of a movement that fights for boys’ rights to keep the bodies they were born with, we are proud to join with and be embraced by the LGBTQ community – a community that has fought for decades for the basic human right of ALL people to be who they are. 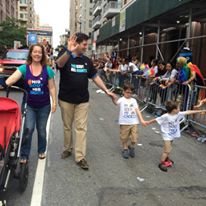 Circumcision is still a topic that too many Americans turn away from. Intact (or, as some still say, “uncircumcised”) penises are even more frightening. But, thanks to the intactivist movement, THIS IS CHANGING! For years, decades even, people working against the genital cutting of baby boys have been denied participation in baby fairs, children’s rights groups, even organizations that work to end female genital mutilation. But the LGBTQ community has welcomed us, because they understand what it’s like to be stigmatized, what it’s like to have one’s voice silenced or ignored for taking people out of their comfort zones, and what happens when you ask people to question what they’ve been taught (brainwashed?) into thinking is “normal.” 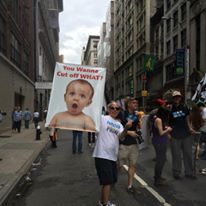 Intactivists have been welcomed in the NYC Pride March since we first asked to be included in 2006. It’s great, because unlike our protests against infant genital cutting, at Pride we can throw a big, informative party for the foreskin, and celebrate the right of every child – male, female or intersex – to keep and enjoy the whole body that nature gave them. 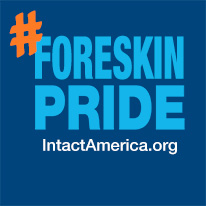 Pride 2015 was the first time that Intact America marched with a float. Decked with “Foreskin Pride” banners, music blasting, we were accompanied by intactivists from all walks of life and of all ages (little kids know right away, unfiltered, that cutting off part of a baby’s penis is NOT ok).

Even before we stepped off, other marchers and spectators came by to talk, to hear our message, and to tell us how happy they were to see somebody taking circumcision OUT OF THE CLOSET!! As we proceeded down Fifth Avenue and into Greenwich Village, we created quite a stir – remarkable, for an event already known to be outrageous. Jaws dropped as people along the parade route saw our #ForeskinPride banners and our “His Body His Rights” and “You Want to Cut Off What?!?” signs, and realized what we were championing. Intactivists who had marched in previous years felt a definite difference – more real curiosity, more openness, more acceptance, more LOVE from the crowd. And besides adding to the celebration, our volunteers gave away lots of fun stuff. 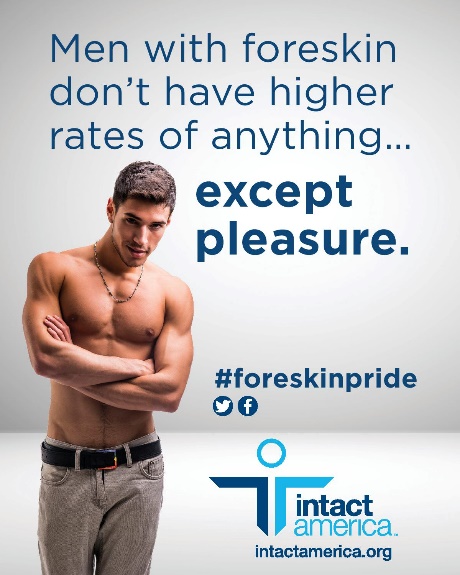 This year, we’ve got some new “schwag,” new messaging, and a lot of new graphics. Here’s our Pleasure Dude, debunking the myth of the foreskin causing health problems and telling the real story!

If you’re in or around New York City on Sunday, June 26, join us! We’ll be lining up on East 39th Street, between Park and Madison Avenues at 2 pm. Or give us a shout-out on the parade route. Help us celebrate #ForeskinPride, and everybody’s right to be whole, out, and proud! 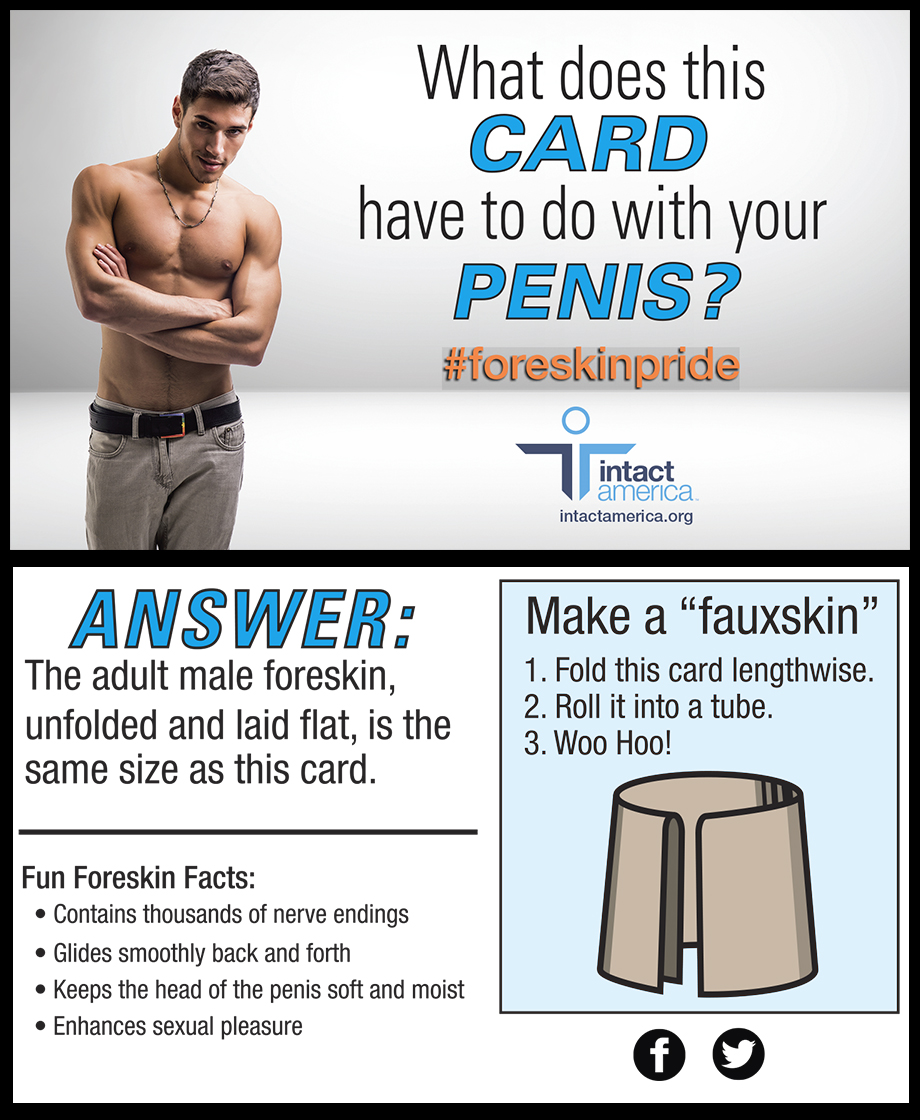 And check out this year’s new handout – our 3″ x 5″ Faux Foreskin cards.