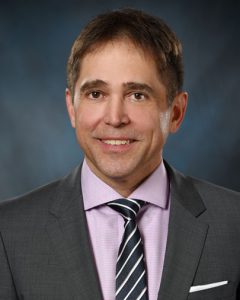 During my Obstetrics and Gynecology Residency, I had the opportunity to learn newborn circumcision. Because of the frequency of the procedure, I agreed to the training. Yes, the Siren on the rocks of “cultural normalcy” called me.

Immediately prior to the training, I remember a blond-haired resident giddy with excitement at being able to learn the procedure, and vividly recall her saying: “Have the nursing staff line the boys up. Go Chop! Chop! Chop! Think of all the RVUs you can make??” RVU stands for Relative Value Unit, which is a figure used for compensation. Obviously, her main concern was the amount of money that could be generated by sexually maiming newborn boys in the name of profit.

The white Circumstraint board was on a procedure table. The baby was brought into the room. The mother’s written “consent” had been verified.

There were three of us. My assigned job was to put the safety pin through the foreskin.

The naked baby was then placed in four-point restraint and immediately began crying uncontrollably. Someone prepped the skin. Another Resident placed the local anesthetic which resulted in further crying. Those who have children or work with newborns know that babies do “talk” in their own ways. There are cries of hunger. Cries of frustration, and cries of absolute fear and pain. Perhaps I am blocking out the other parts of the procedure that the other two doctor trainees performed.

It came time for me to place the safety pin, so I was standing directly over the baby. The screaming was just awful. I can remember starting to place the safety pin in the foreskin and small dot of blood appeared where the pin would be placed. At this point, I almost walked out of the room. Seeing a naked restrained human screaming in pain, with his head rocking back, spittle flying from his little mouth was too much. I wondered, “Now why are we doing this? Why are we violating this human being? I finished my part and stepped aside. As the shrieks of the restrained baby intensified, the third resident severed the baby’s foreskin along the edge of the clamp and placed the circular bloody specimen on side of the Circumstraint.

I will never forget the shrieks of that baby.

The episode left me with the knowledge that I had violated my own morals as well as the code of medical ethics. Indisputably, we had done harm to the baby that day. The baby’s normal genital anatomy at birth had been forever changed, leaving him physically altered as well as neurologically ruined. Unquestionably, it is impossible for a newborn baby to give consent for such a procedure. I still hear the screams from time-to-time.

And we call ourselves healers?

I have never performed or taken part in another circumcision.