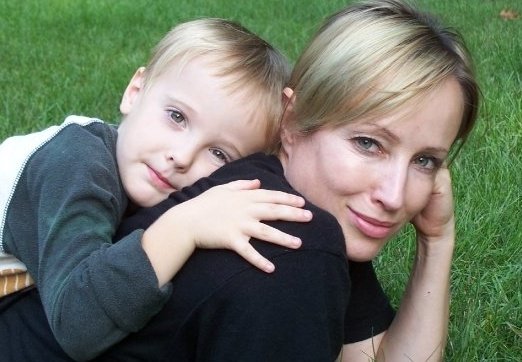 One of Intact America’s greatest strengths is the diverse and supportive intactivist community. Our “Intactivist of the Month” series highlights some of the most ardent opponents of infant and childhood circumcision, whose tireless efforts will ensure a future where all babies are kept intact.

DECEMBER 2013: As we head into the holiday season, thoughts turn to giving, to both our friends and loved ones and to our community. Within the intactivist community, generosity from donors is what makes possible the work we do. This month, Intact America is honored to celebrate one such generous donor, Robin Banks Beatty.

Robin’s introduction to the question of circumcision came via a relationship with an intact man. “When I was 21, I was dating a guy from Austria. That’s when I found out what circumcision was. I’d never heard it mentioned before, and as soon as I heard about it, I was opposed to it.”

Robin Banks BeattyA mother of three, Robin says her reaction to circumcision was intuitive. “I didn’t need facts to know that it was wrong and abusive. I had two daughters and never even considered circumcision. Many years later I had a son, and it was while he was a baby that I noticed how most of the baby boys I was around were circumcised. I brought the subject up gently with other moms and discovered the anger and discomfort that often surround discussion of the subject.”

That’s when Robin began speaking out at every available opportunity. She attended her first demonstration this past March in Washington, D.C. for Genital Integrity Awareness Week, and she’s become profoundly devoted to protecting baby boys’ rights. Earlier this month, she made a significant donation to Intact America, her second, through a family foundation.