Letter to an Unenlightened Urologist

On October 11, 2021, the New Yorker magazine published an essay by popular writer Gary Shteyngart, recounting how being circumcised when he was seven years old resulted in decades of misery and complications. On November 1, the magazine published three comments in response, mine, one from a rabbi, and one from a urologist. The post below is the follow-up letter I wrote to the urologist, Dr. Michael Mooreville. 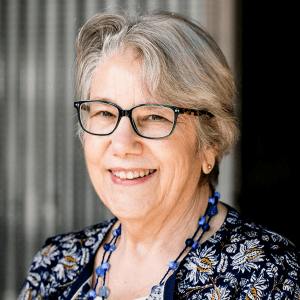 I am writing about your letter to the New Yorker, which appeared after my own among the responses to Gary Shteyngart’s essay about his decades of suffering because of a botched circumcision. Thank you, in advance, for taking the time to read my comments below.

First, you suggest that Shteyngart’s problems occurred because he was circumcised too late, and then say that it’s easier (somehow) for a physician to know how much foreskin to remove from a baby than from an older male. My decades of working to end unconsented-to, medically unnecessary circumcision suggest this is not true. Men who have spoken or written to me, or who have spoken out publicly about their circumcision-induced penile deformities, overwhelmingly were circumcised as newborns by doctors in American hospitals. Some of them have undergone one or more additional surgeries to correct cosmetic or functional problems; others, out of parental ignorance or shame, instead have learned to live with the harm just as Shteyngart did. In none of these cases did any of these surgeries result in a better, healthier penis than the penises of men who were fortunate enough to have grown up with their natural, unaltered genitalia. As a practicing American urologist, your caseload is likely similar to that of other urologists who have told me that more than one-quarter of their medical practice involves addressing circumcision-related damage, including meatal stenosis (which occurs nearly exclusively in circumcised males), skin bridges (such as Shteyngart’s), and degloved penile shafts.

Second, I am curious about your comment that amputating a baby’s foreskin will allow his penis to “grow into a fully mature look…” (emphasis mine). Are you suggesting that the penises of men with foreskins (comprising around 75% of the world’s males) are somehow “immature”; this makes no sense. How can a penis shorn of its natural protective covering, with its nerves, muscles and blood supply be superior to the natural, unaltered penis that evolved over hundreds of thousands of years? Frankly, I’m astonished that the New Yorker’s rigorous fact-checking protocol didn’t eliminate this nonsensical statement from your letter.

Finally, I wonder if there are other healthy body parts you would suggest removing from babies or children because they “can be the source of multiple (?) medical problems in older men” (or women). The appendix (1.1 cases of appendicitis per 1000)? Teeth (prone to infection-causing decay)? Breasts (1 case per 1000 of breast cancer among American women aged 40, increasing over time), while the rate of penile cancer (which occurs in both intact and circumcised men) in the United States is 1 per 100,000. I might add here that genital hygiene is not complicated. If a boy can learn to become a teacher or chef or woodworker or tennis player or truck driver or urologist, he should be able to learn how to wash his penis.

I hope you will think about my questions, and dare to think in a more common-sense way about a forced bodily alteration that does nothing to make American boys or men healthier than their counterparts in countries where males retain the genitals they are born with.